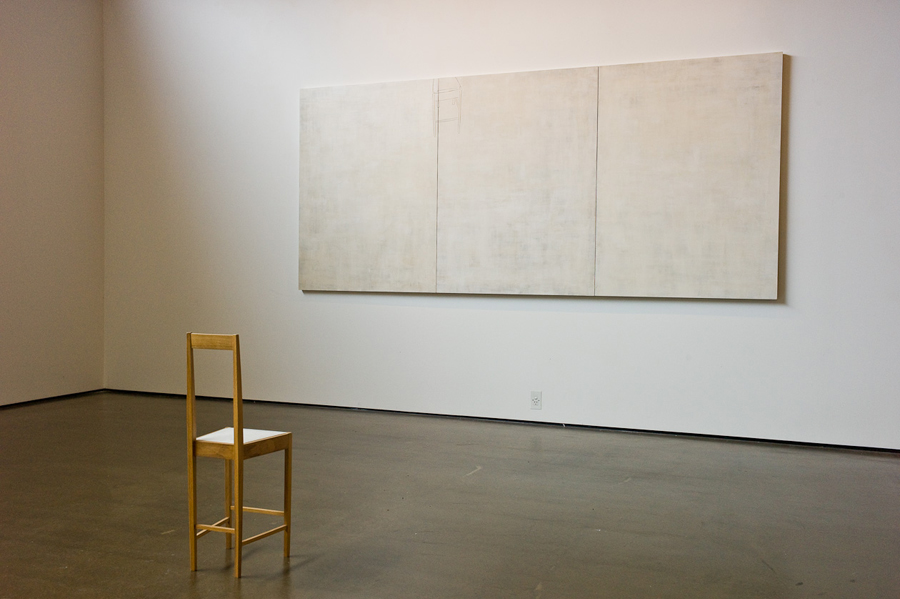 Sea of Serendipity is a collaborative work with sculptor Kazu Nakagawa and composer/sound engineer David Bowater. The work alters the dynamics of a gallery room where a chair and a canvas depicting the chair (both made by Kazu) set up an unexpected dialogue between the viewer and the viewed. Sounds recorded in Kazu's studio (composed into paired electroacoustic works by Helen and David) overlay this interaction, essaying a hidden relationship between making and viewing art. The work was exhibited at the Suter Gallery (Nelson, 2000, and Christchurch Polytechnic I.T/ Art & Design (2001). A version of the work is now on display in Virtual Reality at the Nuna Gallery. A review of the work and instructions on how to create an avatar to view this 3D gallery are here.