Featured WorkChafing of the Stump 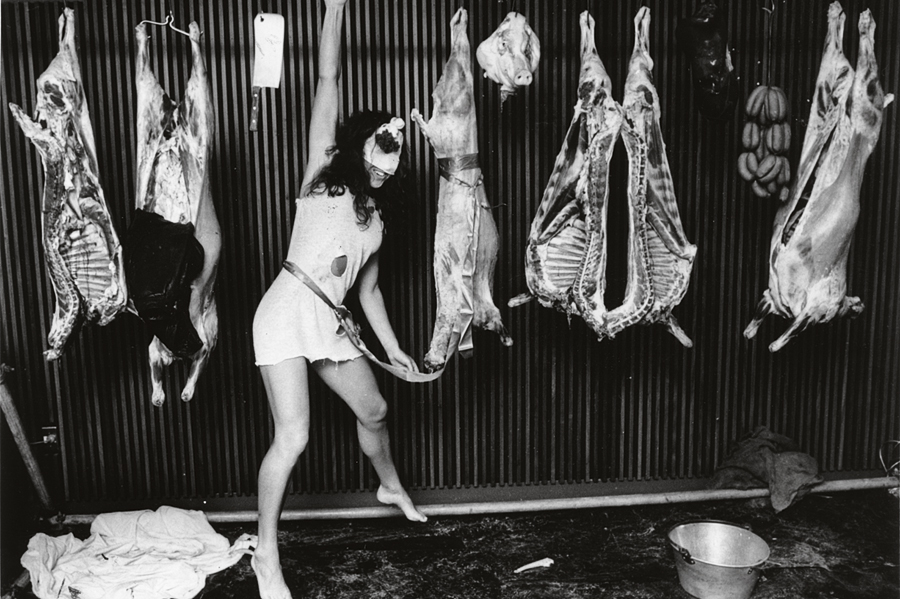 Dancer Lyne Pringle, appropriately attired in cheesecloth, hangs out with fresh meat, pig's heads, meat cleavers and sausages in Helen and David Bowater's Chafing of the Stump: a multimedia work that delves into the bestial nature of humans and questions our commodification of animals. An electroacoustic sound track against live cello and saxophone performances are enlivened with theatre and dance. This work featured at—and was commissioned for—the 1987 Sonic Circus in Wellington's Michael Fowler Centre.